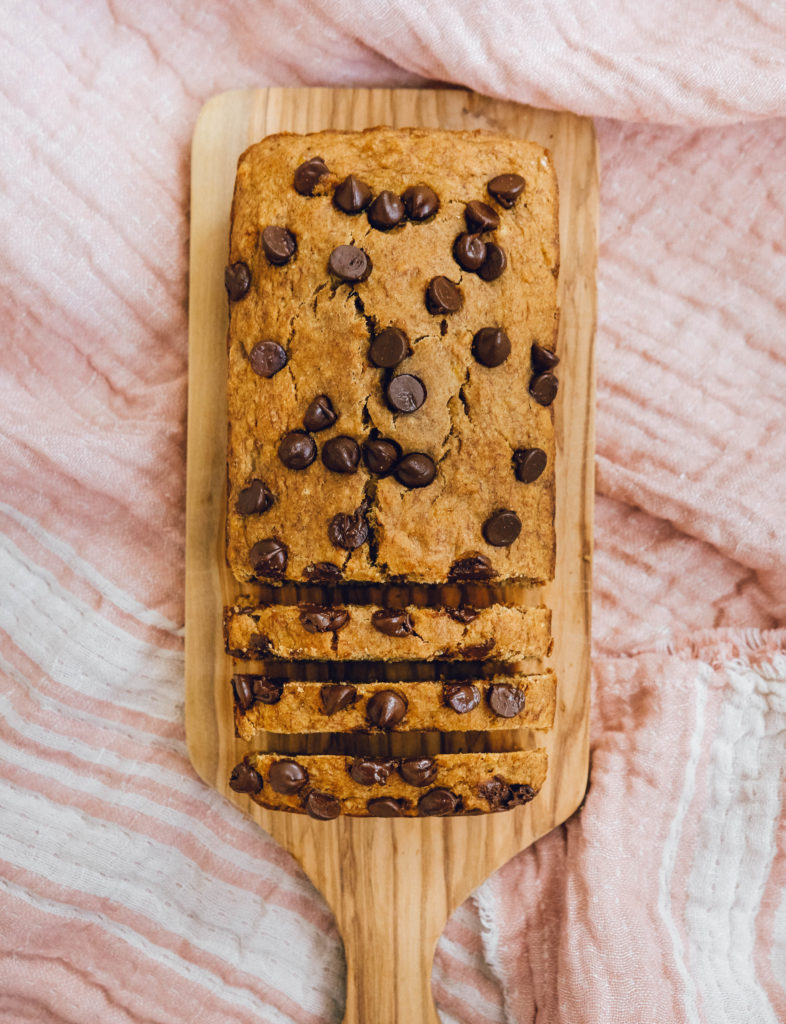 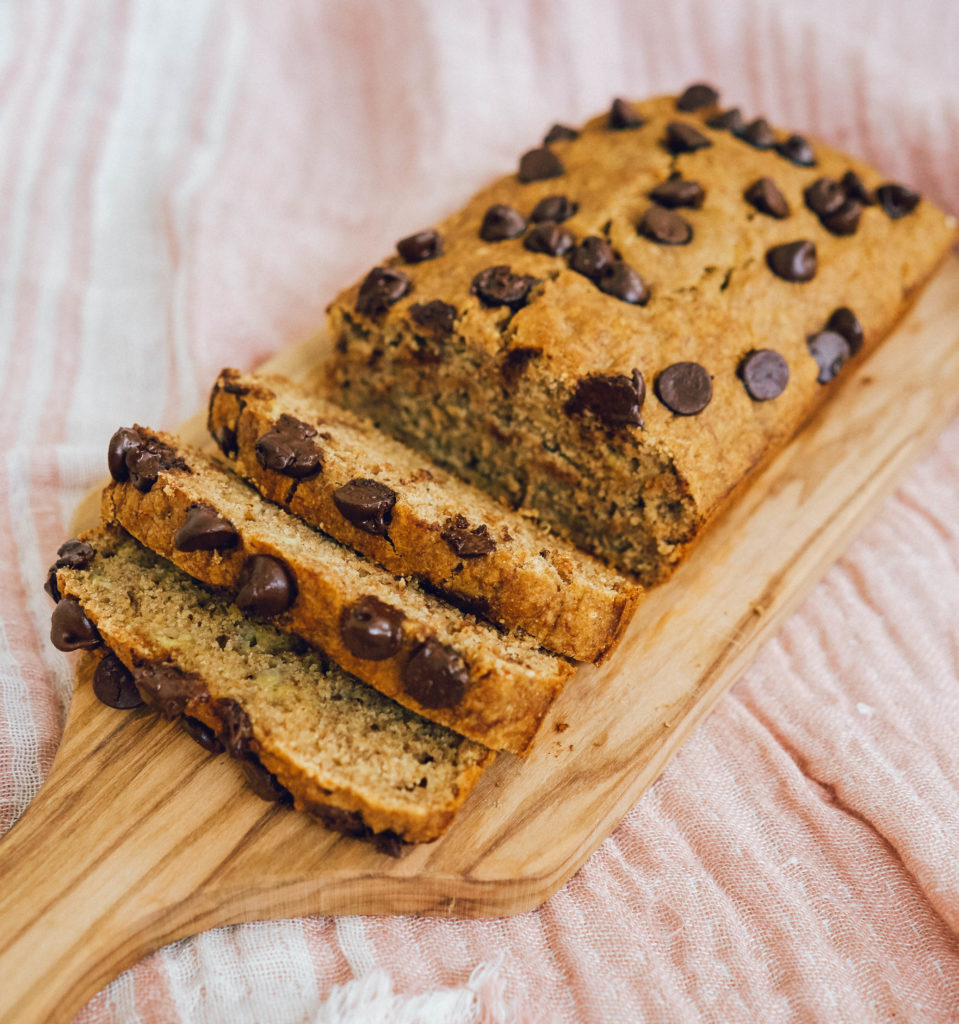 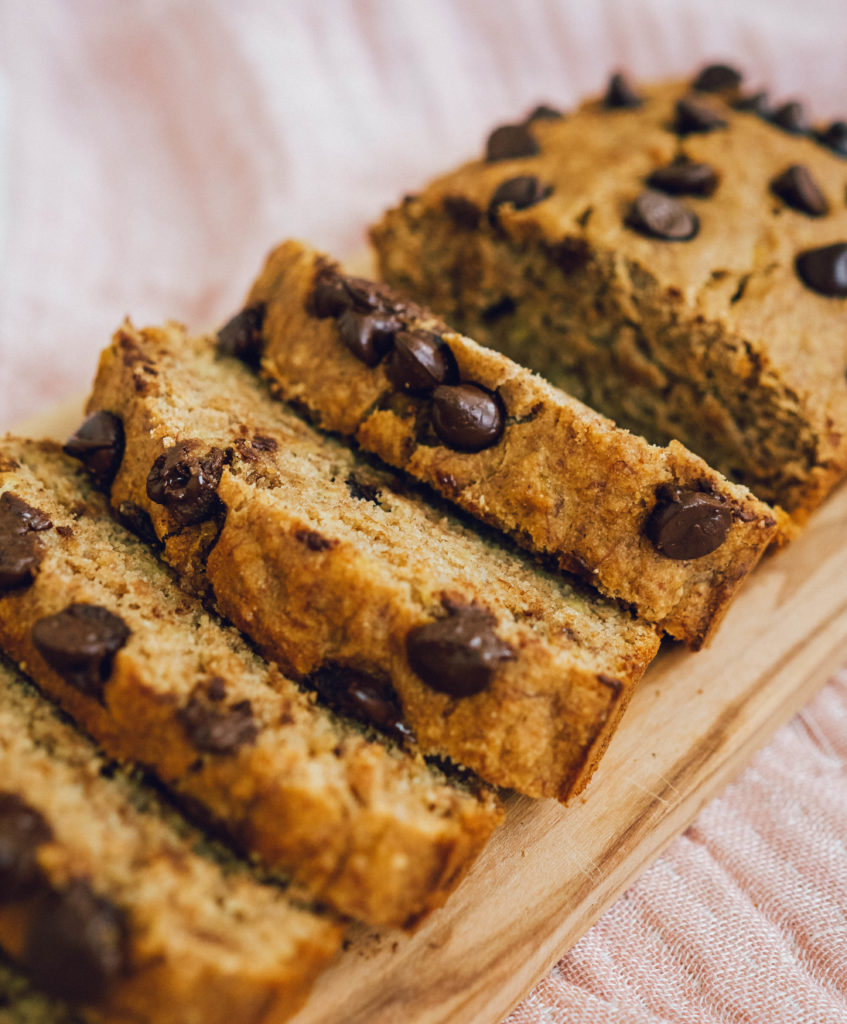 This must be the best banana bread I’ve made so far. I tweaked the original recipe by adding some dark chocolate chips into the mixture and on top and trust me this makes a world of difference! Ali loves banana bread and always orders it at this bakery in Miami where we sometimes get our bread from. So, I figured instead of paying for one little piece of banana bread that doesn’t even taste that great in my opinion, I would just do it myself. I’m also just in a really creative zone right now, I’ve been spending a lot of time in the kitchen making things from scratch which is really satisfying! It took me around 10-15 minutes to make the banana bread mixture and then another 45 minutes for it to bake in the oven. And lastly around 30 minutes for it to cool down, because we don’t want to get burned. Lol. So, make sure you’re making this recipe at least 2 hours before you actually planning to serve it.

I spread some homemade starfruit jam on top of my slice but you can also add some peanut butter or maybe even my homemade Nutella on top for a double chocolate effect. YUMS. I can assure you that it will taste delicious either way! So let’s get into the recipe. 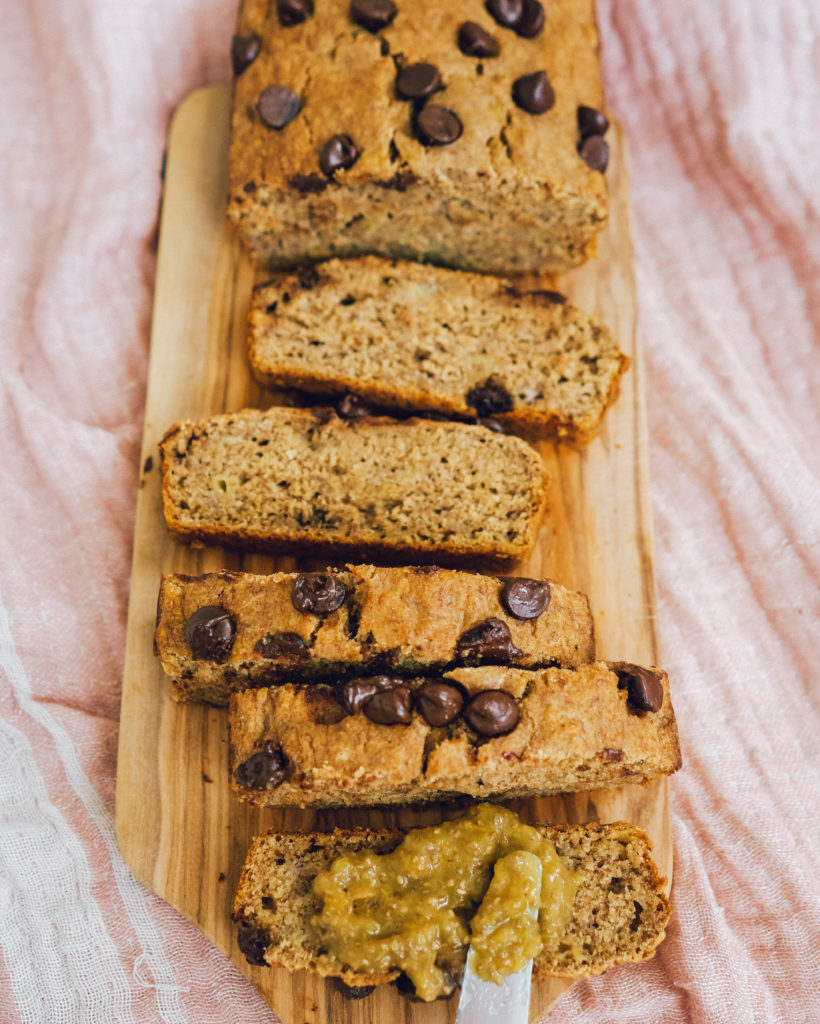 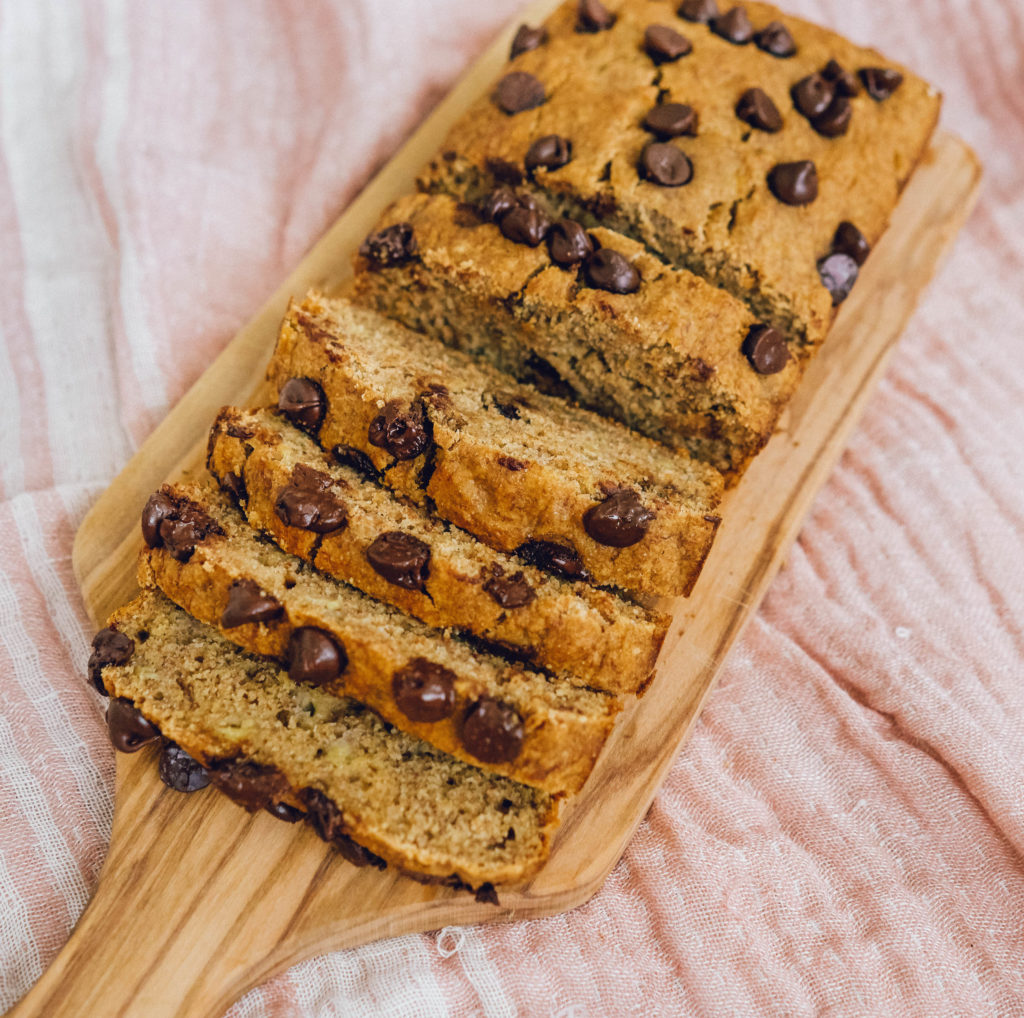