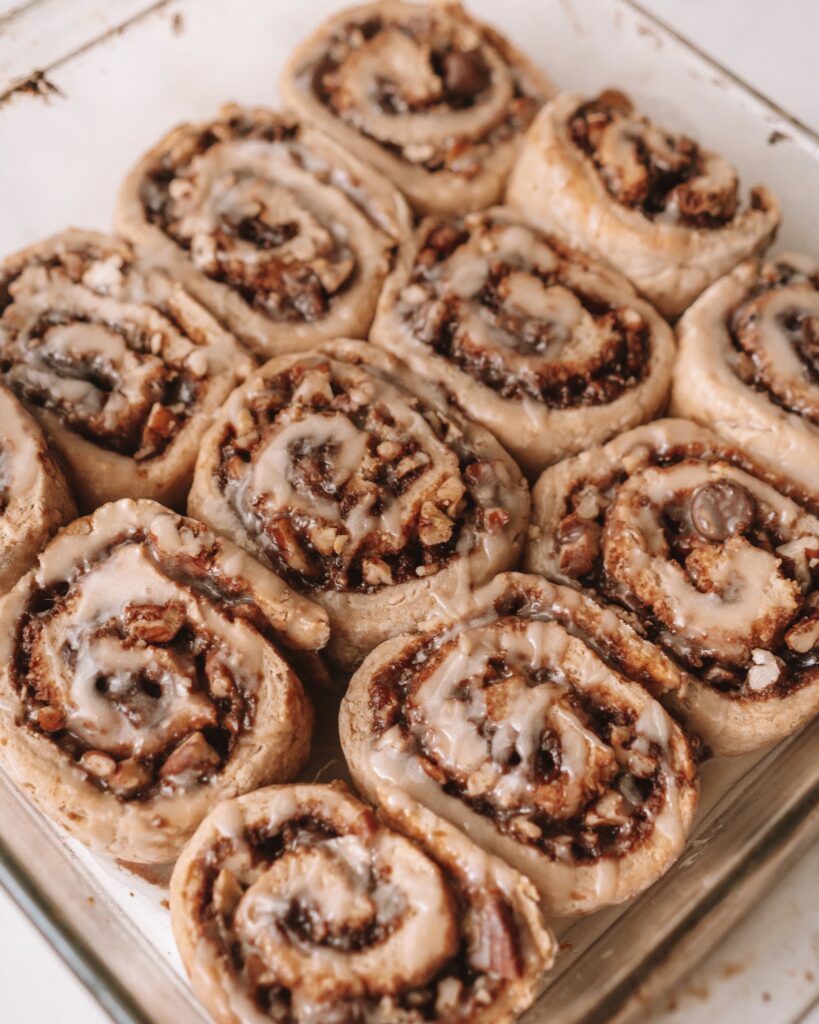 Not going to lie, I had my first cinnamon roll only recently here in America. In Switzerland this dish is not a big thing haha but I realize that it is here! I started craving Cinnamon Rolls after watching a baking show on Netflix where they were making non vegan versions of these. I couldn’t stop thinking about them haha so I decided to try making a vegan version. In my first batch, I used yeast which made this a very long process (almost 24 hours) and I used spelt flour which made the dough look a little darker and I just wasn’t feeling it. So the second time, I tried making them with baking powder and an all purpose flour instead and this time they took me less than an hour + they looked amazing just like real cinnamon rolls!

I noticed that my icing was a little bit too thin. It usually looks a lot whiter and is thicker in consistency so if that’s what you’re going for just add less liquid to your mixture. And make sure your powdered sugar is vegan or organic! A lot of the powdered sugars are actually not vegan, because they’re processed by bone char which is pretty gross. I got mine from Wholefoods. 🙂 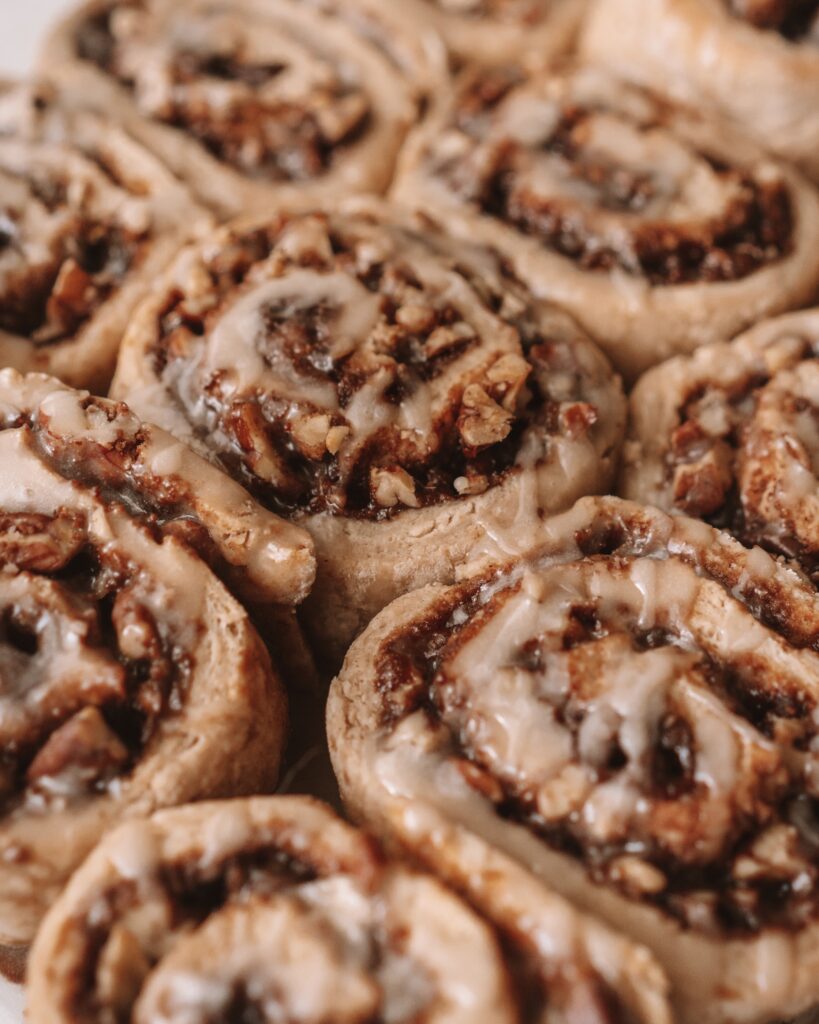 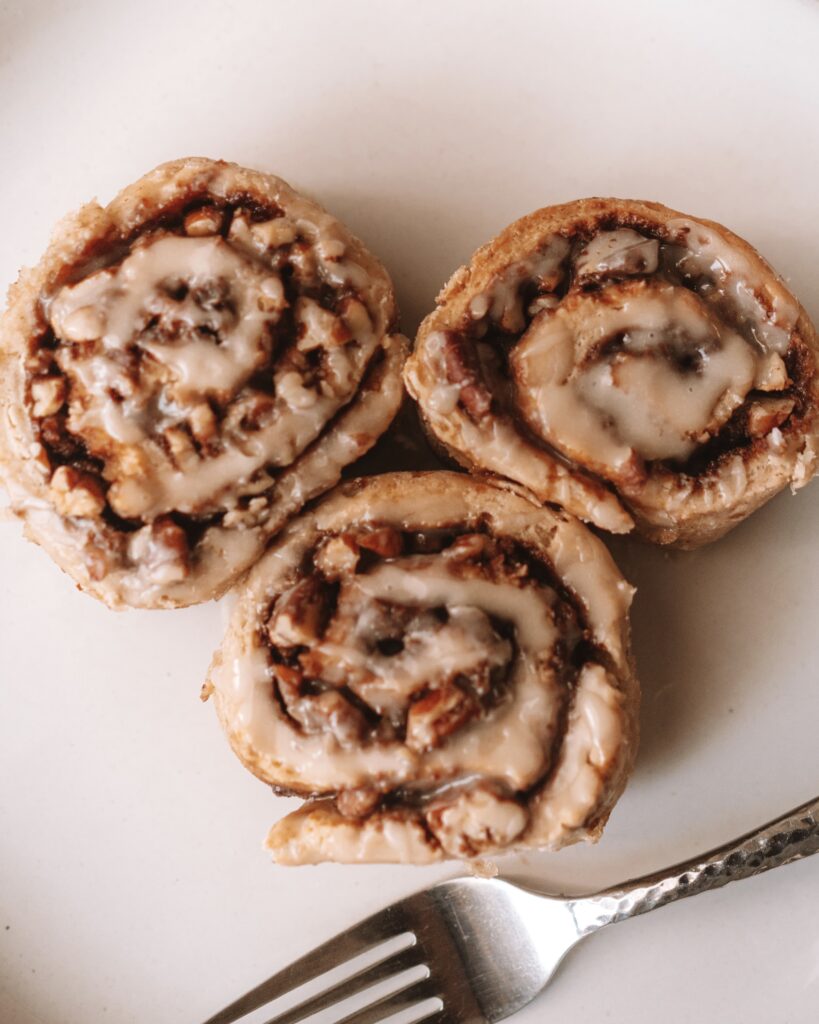 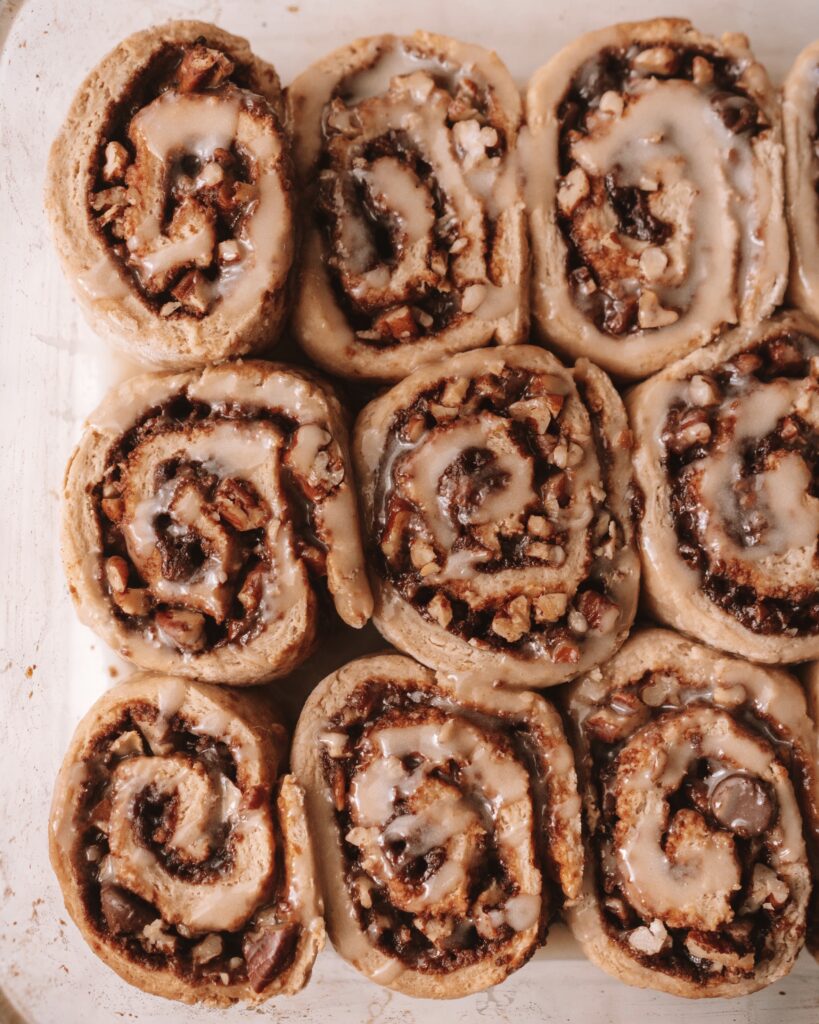 3 cups all purpose flour (and more for kneading) 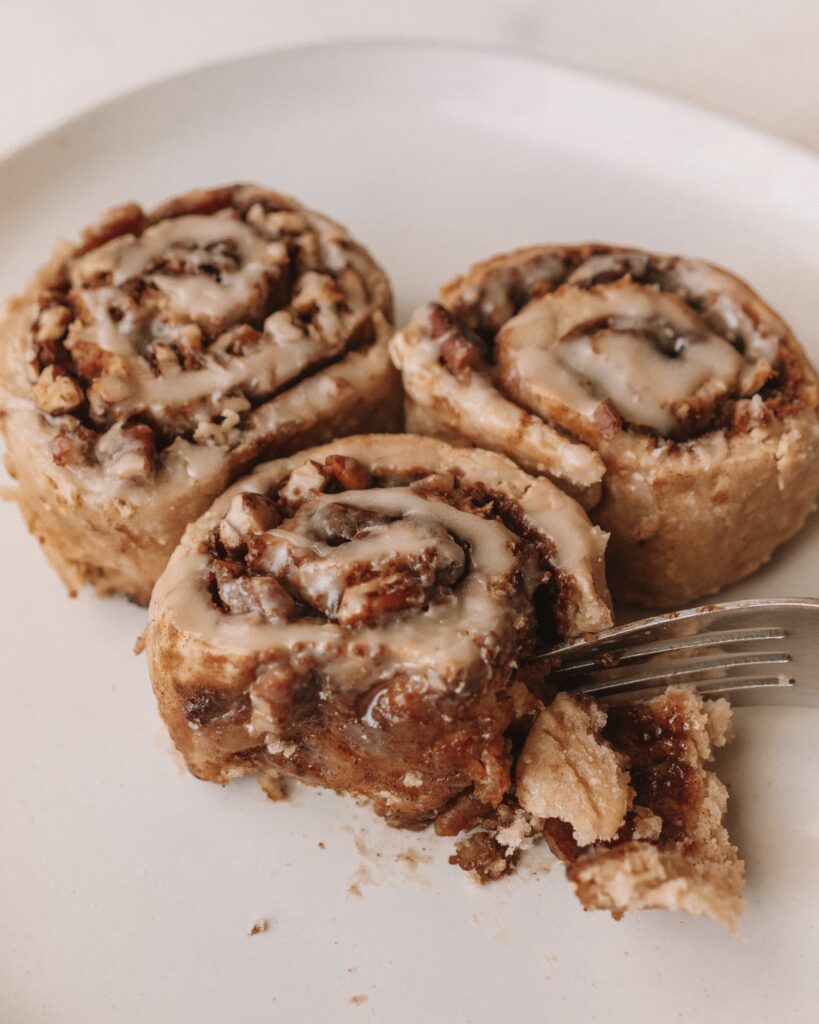